As a (currently not so active) researcher, I tend to keep track of statistics such as citation count. My most influential paper now has more than 400 citations. That’s not too bad, especially in the formal methods community, which is way smaller than, say, software engineering or machine learning.

I sometimes wonder though, how 400 citations fare against thousands of downloads of one of my first bigger C++ programs, mailfilter, which I wrote about 20 years ago. Sure, with broadband available everywhere, including wirelessly, it has somewhat lost its relevance in this day and age, but there was a time, when this little utility was quite popular.

I managed to extract the following two charts, which I decided to keep here because they are interesting to me, not necessarily to you. 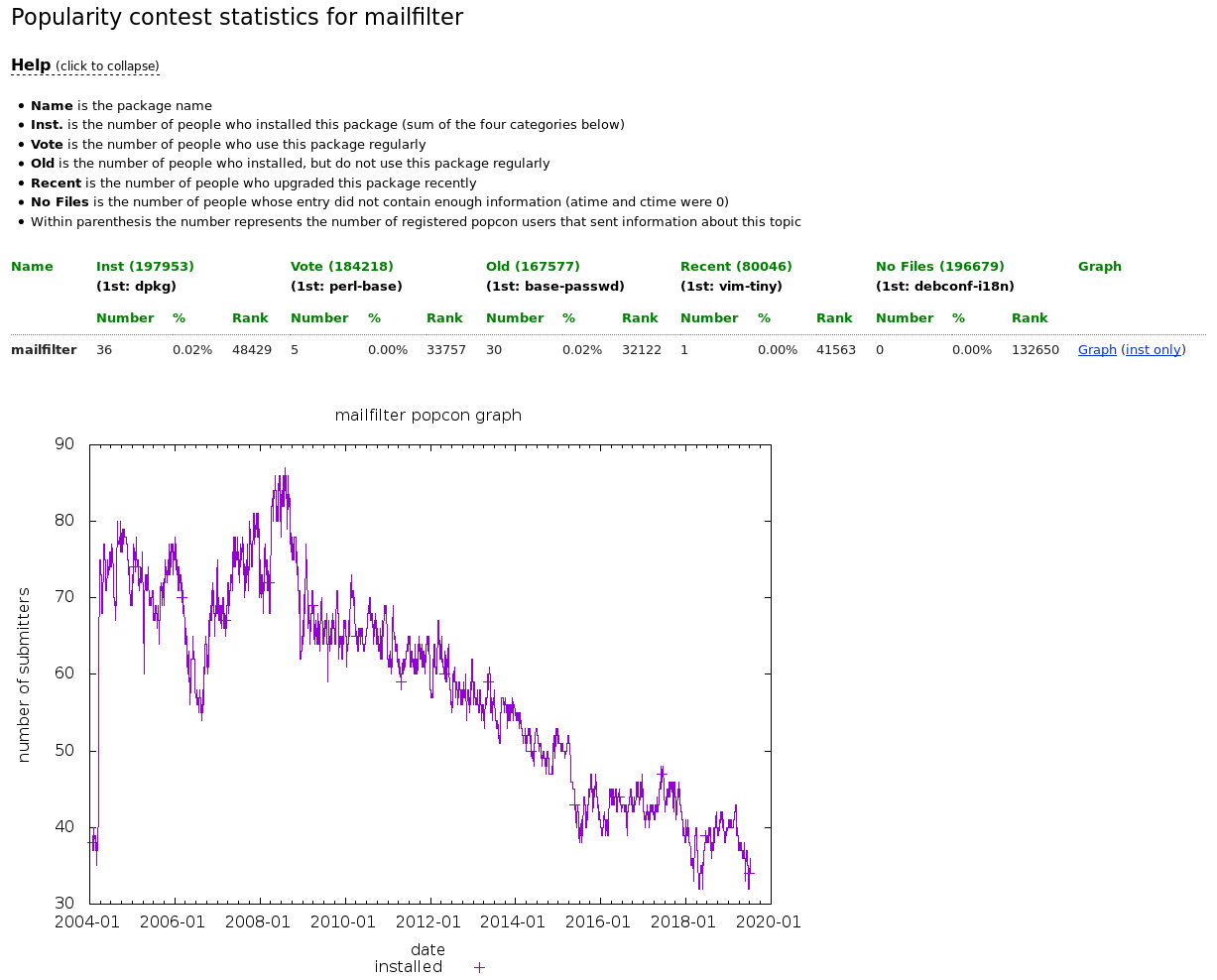